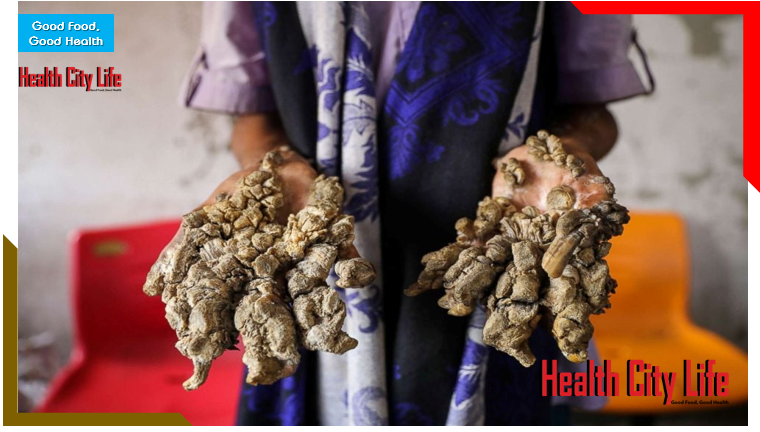 What is arthropod disease? Why is that?

• At first the flat part of the skin becomes swollen and uneven. The small swollen part is called papule. The mole is formed. When the swollen part becomes infected all over the long part of the skin, it is called plaque. • Fiber-like structures of small size may also form. • Many times the bark or root-like structure of the tree is formed. It is called ‘Tree Man Disease’ or ‘Tree Man Syndrome’ or ‘Tree Man Disease’ because of its tree-like structure. • Many times the moles on the body are frozen in one place or hundreds of moles are spread all over the body.

Tree-man syndrome is a rare skin disease. People with this disease are called arthropods because the body of the patient grows hard objects like the bark and branches of the tree. The scientific name of this disease is Epidermodysplasia verruciformis (EV). So far more than 200 cases of anthropogenic disease have been recorded. There are still 2 people infected with this disease in Bangladesh.

Tree-man syndrome is an inherited autosomal recessive genetic disease. Inactive pH mutations in the EVER1 / TMC6 and EVER2 / TMC8 genes can cause this disease. These genes regulate and inhibit the transport of zinc to the skin cells. As a result, immune function is disrupted. In addition, the effects of Human Papillomaviruses (HPVs) on the skin can cause this disease. Uncontrolled transmission of HPV results in mole, scaly, bark-like growths on the hands and feet.

Tree-man syndrome can occur at any age. Both men and women are at risk of this disease. Infected people first develop brown moles on their body. The growth of moles is more in the sunny part; Such as: hands, feet, mouth, earlobes. The flat part of the skin is swollen and pink, white or brown in color. The swollen part is called papule. Scaly blisters on the hands and feet called plaque. Gradually the bark and roots appear all over the patient’s body.

A permanent cure for arthropod disease has not yet been discovered. Surgical removal of root-like structures is not a permanent solution. The spread of the disease can be reduced with medication, cryotherapy, and laser surgery. Patients are exposed to the sun and refrain from smoking. Infected people are more likely to develop skin cancer at some stage. So patients have to follow the advice of a dermatologist.