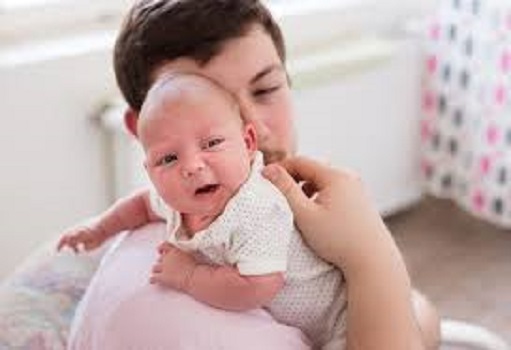 What to do if children have gas in the stomach

If there is gas in the baby’s stomach, the parents are worried about what to do, it will be better to stop crying or take it to a doctor, etc. The fact is that the stomach gas is in children as well as adults. Kids can’t tell how they feel and so we don’t even understand.

There are several possible causes for flatulence. Gas problems in the newborn up to three months after birth are very common because during this time the baby’s digestive system is slowly getting better. It is also normal for 8-12 months because at this time the baby starts eating different types of food for the first time.

Feeding too fast: – If the mother’s breast milk is too much or if the nipple hole of the bottle feeding baby is large, then the baby swallows milk too fast and at the same time air goes into the baby’s stomach, which can cause gas.

Feeding too slowly: – Similarly, if there is less milk in the mother’s breast or if the hole in the bottle is too small, the extra air goes into the baby’s stomach while feeding and produces gas.

Due to some foods: – Some vegetables may cause flatulence in children like adults. Such as broccoli and cabbage. If these are very healthy and should be eaten then try not to be fed too much. After the age of six months, a little extra food is given along with breast milk. This can also cause flatulence. These children’s extra food consists of khichuri with different types of fruits or vegetables and fish-meat and eggs. In many cases, if the amount of vegetables in the khichuri is high, there is a risk of gas. Again, there may be gas in the dal, even in boiled eggs. So you should keep an eye on the food while giving extra food. For example, increasing the amount of raw banana or raw papaya by reducing the amount of vegetables and pulses in khichuri.

Due to eating juice: – Babies should not drink any drink other than mother’s milk and formula. If it is 6 months, it can drink water. The juice contains fructose and sucrose which the child cannot digest properly. This can cause gas in the baby’s stomach and even diarrhea.

Due to excessive crying of the baby: – ​​If the baby cries continuously, air may enter his stomach. So the baby should stop crying as soon as possible.

It is difficult to tell if the baby has gas in his stomach because the baby cannot tell his own problems. However, some symptoms can be seen in it-

Folding the legs and bringing them close to the abdomen etc.

If the child sneezes or leaves the air, you will know for sure that he has a gas problem.

However, sometimes these symptoms of gas problems can indicate any other problem. If the baby continues to cry after snoring or letting out air, you may find that he has other problems, such as reflux, constipation or colic.

If the baby has reflux, the food in his stomach rises through the esophagus and comes out through the mouth or vomits. In this case, the child suffers and his back is bent, but he does not bend his legs like a gas problem and bring them to his stomach. It is important to understand the difference between gas and reflux because if the baby has a reflux, it can get worse if it is blown out.

Constipation can also cause symptoms such as flatulence. However, at this time the child continues to twist. However, constipation is easy to understand because it makes it difficult for the child to defecate and the stool becomes hard.

Excessive crying in the baby can sometimes cause the baby to have gas in the stomach. But it can also be due to colic. According to pediatricians, if your baby cries normally for three hours or more a day, three or four days a week, and three or four weeks in a row, and if there is no explanation, the baby may assume colic.

All parents feel bad when they see a baby suffering from gas. However, in some ways you can reduce the pain by expelling gas in the baby’s stomach.

Position of the baby during feeding: – When feeding the baby, hold its surface high so that the milk can go to its stomach easily and quickly. If the baby is deaf during feeding, the gas may be high.

Blow up: – Blowing repeatedly during feeding causes air to escape from the baby’s stomach. No need to wait for the baby to finish eating. Breastfeed every few minutes before changing breasts or bottle-feeding. Just after feeding, you have to belch again. Hold the baby on your shoulder in such a way that the chin rests on your shoulder. Hold the baby in one hand and massage the baby’s back with the other hand or pat it gently. If the baby is able to lift his head, you can hold him on your shoulders in such a way that his stomach rests on your shoulders and then gently pat or massage his back. This will put a little more pressure on the baby’s stomach. In this way, if the child does not like, you can massage the back of the child lying on his lap.

Baby Bicycle: – Put the baby to bed. Hold her legs with both hands and gently move her in a cycling manner. Make the baby move in this way several times a day. Can do while changing diapers. In the case of many children, the gas comes out.

Massage the abdomen: – You can gently massage the abdomen of the child lying on his back. This can relax the baby as well as alleviate gas problems. You can also massage the baby’s back by laying the baby on your knees on your stomach. This sometimes causes excess air to escape. Care should be taken so that the child’s head does not tilt. Therefore, while massaging in this way, the child should be supported with the other hand.

Gas medications and others: – Many experts recommend various gas medications to cure the child’s gas problem. Grip water is also used a lot of the time. No side effects are usually found in these children, but various studies have not shown that they are very effective. The cause of the baby’s gas problem needs to be identified first and it is important to solve that problem. If the baby has gas due to any food, it should be identified first. Otherwise, the work that is causing him problems will continue and he will be given various medicines. There will be no gain except loss. Remember that prevention is better than cure. So try the methods discussed above. If absolutely nothing happens or the child suffers more, you can take medicine with the advice of a doctor.

Tell your doctor immediately if you have any other symptoms with gas problems, such as vomiting, diarrhea or fever. These can be symptoms of a child’s food allergy, stomach flu or GERD.

Drinking water is very important to keep the body fresh, strong and healthy. Doctors say to drink at least 8 to 10 glasses of water a day. But do you know exactly how to keep yourself away from the disease by drinking water?