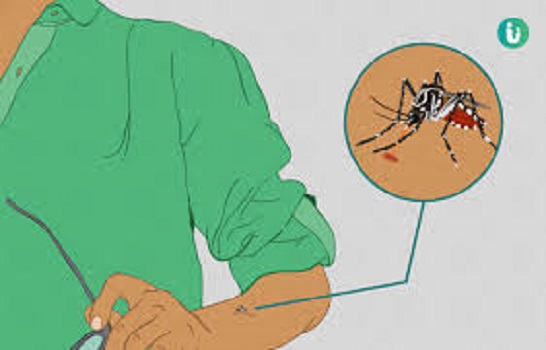 As I was walking down the street, I heard him say, “My brother is holding me in Chikungunya. I just brought it for testing. ” I looked and saw a person getting out of the car and saying this to an acquaintance seen on the street.

Even a few days ago, the name of this disease was not so common.

Rupganj fifty-bed hospital in Narayanganj, the consultant of the Department of Medicine. Kamrul Hasan (BCS Health) said, “In the context of Bangladesh, the place to definitely detect Chikungunya virus is IEDCR, Institute of Disease Theory, Control and Research, located in Mohakhali, Dhaka. Chikungunya virus can be detected with the help of cellulite tests at this research center. ”

Regarding the symptoms of the disease, the doctor said, “The symptoms of Chikungunya fever are similar to all other viral fevers. Acute pain in the joints is the only symptom of this disease. There are also headaches, eye irritation, nausea, physical weakness, cold-cough, rash, etc. ”

“In most cases, the fever goes away in three to four days. However, the pain in the joints of the bones becomes stubborn. The intensity of the pain is also intense. As a result, it is very difficult for the patient to walk normally, hold something with his hands and even hold hands. And the body becomes very weak. ” Said Dr. Kamrul.

If there is fever and severe pain in the joints for three consecutive days, a doctor should be consulted. There is no specific drug or vaccine for this disease. You can take paracetamol after six hours or three times a day. However, no medicine should be taken without the advice of a doctor.

There is no benefit in taking antibiotics. Rather the side effects of antibiotics can create problems in the long run.

In addition to drinking plenty of water, coconut water, saline, lemon juice, etc. should be taken.

Which is given below.

Chikungunya is a viral fever that is spread from person to person through the bite of an infected mosquito. The disease is spread by mosquito bites of the Aedes species, similar to dengue and Zika. The disease first appeared in Africa in 1952. Later it spread to various Asian countries such as India, Sri Lanka, Thailand, Myanmar and Indonesia.

The spread of the disease is more prevalent when the mosquito infestation is higher after the monsoon.

What is Chikungunya virus? Chikungunya virus is a virus of the genus Toga. It is also called Arbo virus because it is mosquito-borne. Dengue and Zika are also spread by viruses and the same mosquitoes, and the symptoms are almost the same.

The disease usually heals on its own, but sometimes joint pain can last for months or even years.

Carriers: Aedes aegypti and Aedes albopictus are spread by mosquitoes.

Who are at risk: These mosquitoes usually breed in clean closed water and people who have a place to grow such mosquitoes in their vicinity are at higher risk.

How it is spread: Initially infected with Chikungunya virus, Aedes aegypti or Aedes albupictus is spread by mosquito bites. Such mosquitoes usually bite during the day (morning or evening). Chikungunya virus can also spread the disease by inadvertently taking blood from infected blood donors and testing samples in the laboratory.

Prevention and control: There is no vaccine to prevent this disease. Personal awareness is the main way to prevent Chikungunya virus infection.

Special attention should be given to children, sick patients and the elderly.

Destroying mosquito breeding grounds: Destroying mosquito breeding grounds in and around the habitat. Aedes mosquitoes can breed in places where water can accumulate in earthen pots, pitchers, buckets, drums, coconut shells etc. left around the house. Make sure that water does not accumulate in these places and clean the surroundings of the house regularly. Participate in the government’s mosquito eradication program.

Diagnosis: If the above symptoms occur, the person is at risk of contracting Chikungunya virus. The virus (Serology Ges and RT-PCR) can be detected in the blood of a person with chikungunya within a week of the onset of symptoms.

All tests for the diagnosis of Chikungunya are performed at the Institute of Pathology, Disease Control and Research (IEDCR) of the Government of Bangladesh.

Treatment: Treatment of Chikungunya virus infection is mainly symptom based. There is no specific treatment for this. The infected person should rest, drink plenty of water and fluids and, if necessary, take paracetamol tablets and medicines for fever and pain as prescribed by the doctor.

Cold water baths and light exercise on the joints can be beneficial for joint pain. However, if the joint pain does not get better after the initial symptoms have improved, the medicine should be taken immediately with the advice of a doctor. If the patient’s condition deteriorates for any reason, he should contact the nearest government health center immediately.