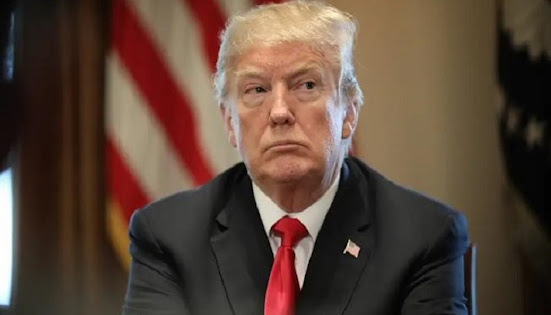 Trump could be in jail

Donald Trump may have to go to jail after losing the US presidency. Several cases are pending against him. But as president, he has kept them under executive control. After losing the post, he will no longer have this facility.

The British tabloid Mirror quoted a source in the White House as saying. Purse Today quoted the news as saying that one of the reasons why Trump is now alleging vote theft is the fear of going to jail. Harry Sandick, a former U.S. federal prosecutor, said in a statement that “it will be easier for prosecutors and witnesses to continue with the case after Trump leaves the White House.” Trump demanded higher security to appear in court in criminal cases. But he can’t make such a claim if he is not president. “

In addition, there are more than one case. There are a few rape cases. If he loses power, the way will be open for sexual harassment cases against him by some women. Among them is author E. Jean Carroll. He alleged that Trump raped him in the trial room of the Bergdorf Goodman Department Store in Manhattan in the mid-1990s. Trump said about this allegation, he is not of my type. Carroll refused to give a DNA sample in the rape case.

The case of another trainee named Summer Jarvos is also awaiting hearing. He complained before the 2016 election that he was sexually harassed by Trump in 2008. Trump has dismissed the allegations as fabricated.

But the biggest serious and quickest danger could be a criminal case against the Trump organization. This is the time when Trump is in charge of the case. Although prosecutors have asked for commercial transaction and tax documents, Trump has refused to provide them. In at least five cases, the court said, the request was valid. Once in power, Trump may have had plans to block the proceedings forever. But he may not be getting that time anymore.

Despite his defeat, Trump will make every effort to absolve himself of any federal charges in the last days before Joe Biden is sworn in on January 20. Even after leaving power, there are still fears of large-scale jail-fines in a few other cases. Now this is his biggest fear.