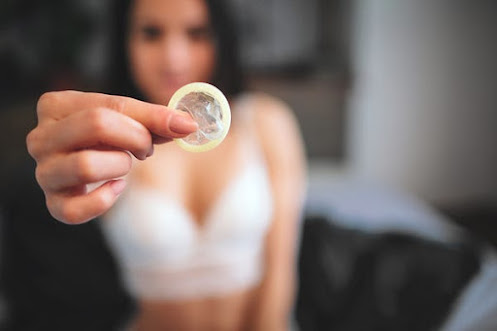 The wrong aspects of condom rules

The best way to prevent unwanted pregnancies and sexually transmitted diseases is to use condoms. It is a birth control made of latex rubber or plastic (polyurine).

When buying a condom, make sure that it has the “British Standards Institution (BSI) kitemark” or “European CE” symbol on it for verification and must see the expiration date when buying.

There are two types of condoms: Women and 2. Of men. However, women’s condoms are not available in Bangladesh.

How to use: Carefully open the packet that contains the condom, making sure it does not tear.

Hold the tip / top of the condom with your thumb and forefinger so that it enters properly and there is no air inside. If there is wind, there is a possibility of rupture.

Wear the condom gently across the entire length of the male penis. If you do not open the condom, you must understand that you are wearing the opposite direction. Then use a new condom again.

Make sure the condom is in the right place and open it during intercourse and actually use another new condom.

When the male penis is aroused during ejaculation, hold the condom in place and pull the entire penis out of the partner’s vagina. You will take out the condom only when there is no touch of your partner’s body with your penis. Put the condom in the tissue and put it in the dustbin. Do not flush the commode as it may block the way.

Women’s condoms: In this case, women can choose their own method of birth control. It must be worn before touching the vagina.

How to use: Carefully open the packet that contains the condom, taking care not to tear it. Hold the closed side between your index finger or thumb. Where there is a thin ring open the vagina with the other hand.

After mating, grab the last part of the condom and take out the condom. Make sure the condom does not break. The semen can enter the body. In that case, take emergency pill on the advice of a doctor.

If you use it, use water. Because oils such as lotions can be used to break the condom. If the condom breaks during intercourse, take the emergency pill with the advice of your doctor. You can also use other birth control methods.

The smell of sweat in the heat? Get rid of it easily, What to do to get rid of body odor in hot, home remedies to eliminate bad breath

What to keep in mind before the baby starts overeating