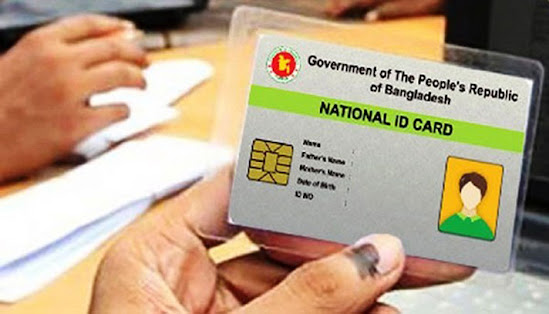 The EC is losing control of the national database

The system of issuing voter list and national identity card (NID) with photo was introduced in Bangladesh a century ago.

With the temporary manpower of various projects, the activities of the important national database containing information of about 11 crore citizens are going on. After almost 13 years, the Election Commission (EC) has not been able to set up its own structure of the national database. The Election Commission (EC) is now going to lose control of the National Identity Card Division due to its indifference.

Shafiul Azim, a member of the cabinet committee and joint secretary (rules and services and law), told our time that we had two meetings on the issue. I have taken information from everyone. I will sit one more day and finalize it.

In response to another question, he said it was a matter of examining whether it could go under a ministry. Another thing is – being in the developed countries of the world, we are also slowly moving in that direction. But not like suddenly doing something. We have just been told to experiment.

We have the constitutional benefit of the people, the Ministry of Local Government, the Cabinet Division works on it. All in all we sat down. I will sit down on Sunday and finalize the file with the cabinet secretary. If approved, I will send it next week.

Recently, there have been allegations of massive irregularities in the NID, including the inclusion of Rohingyas in the voter list, dual voting, modification of one’s NID in the name of another and sale of property. In the last 7 years, 40 officers and employees were sacked due to various irregularities. In this context, the Home Ministry has sent a proposal to the Prime Minister’s Office to take over the NID registration process.

The Prime Minister’s Office has sought the opinion of the Cabinet Division on the overall issue of such a proposal. The Cabinet Division has constituted a five-member committee headed by Additional Secretary (Administration and Rules) Sultan Ahmed for views. The scope of the office order for the formation of the committee is to identify and recommend strategies to address the challenges of transferring national identity card registration activities under the Ministry of Home Affairs instead of the Election Commission, to determine what laws, rules and infrastructure need to be changed. Evaluate it.

A member of the committee comprising the cabinet division said the whole matter was legal. What is in the law, what is the authority, everything is stated in the law. The committee is reviewing the constitution, voter ID law and other laws and regulations, including the passport law.

Meanwhile, the former election commissioner. Shah Newaz said voter activities are associated with NID. The officials of the Election Commission have become very efficient while working with NID. If the responsibility of NID is given to any other organization, the government will incur additional cost. Doing the same thing to two organizations is more of a disadvantage than an advantage. It can also violate a person’s privacy. NID will also be misused. Human suffering will increase.

The 1972 constitution specifically assigned the task of compiling voter lists for the commission. Voters were listed in 2008 with pictures. Section 7 of the National Identity Registration Act of 2010 states that the EC shall perform all the duties related to the conduct of the National Identity Registration, preparation, distribution and maintenance of identity cards.

In July 2011, with the support of the World Bank and the United Nations Development Program (UNDP), an agreement was reached to provide high quality national identity cards to 90 million people under the IDEA project, the Identification System for Enhancing Access to Services. The project was supposed to expire in June 2016. The project has been extended in several phases since then, which is still ongoing. The activities of NID wing are going on with about one and a half thousand temporary manpower of that project. In a meeting of the Kazi Rakib Commission in 2013, at the end of the project period, it was decided to reorganize the National Identity Card Division with the transfer of skilled manpower to the revenue budget. However, it has not been effective yet.