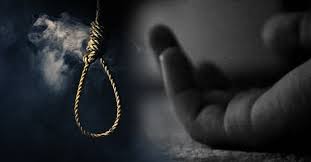 Suicide was legalized in New Zealand
A referendum has been held in New Zealand on whether to legalize the right to die voluntarily. However, in this referendum, more votes were cast in favor of suicide.
According to a BBC report, 65.2% of the total votes cast were in favor of the End of Life Choice Act.
If this law comes into force, people who are seriously ill and can die in less than 6 months can choose to die voluntarily. However, only dying people can take the help of this law. Two physicians will examine the person and they will also need consent for the patient’s voluntary death.
Preliminary results announced on Friday did not include the verdicts of an estimated 460,000 voters, including expatriates. If these are added, the percentage of votes will fluctuate slightly. But the people who are in favor of legitimacy will not change.
Meanwhile, those who voted against the law in the referendum claim that the law did not provide adequate protection to all parties. Earlier, the country’s prime minister, Jacinda Ardern, and opposition leader, Judith Collins, both spoke out in favor of legalizing euthanasia.
The New Zealand Parliament will enact legislation to recognize the referendum verdict. The law could take effect later next year. The referendum is set to determine the legitimacy of suicide in the run-up to the general election this month.

Bangabandhu and freedom of liberation

Massive protests across France against the humiliation of Islam