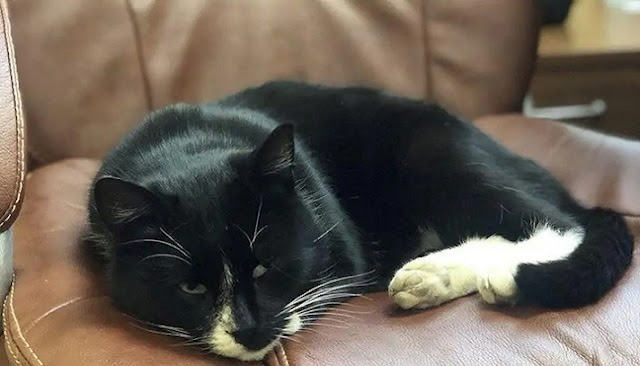 Has anyone ever heard of a cat getting the post of deputy minister? This is what has happened in Russia recently. A cat rescued from a waste plant has been given the status of honorary deputy minister. Not only that, he is spending his time in the chair allotted in the government building. There are all the arrangements of luxury.

Several international media outlets, including The Moscow Times and the Hindustan Times, reported that the cat was rescued from a waste plant in the southeastern city of Ulyanovsk by a local worker. Whose CCTV footage was broadcast on television. It is also viral on social media. Rescuer Mikhail Tukash, however, did not know yet that he himself was going to be rewarded by the government for this incident.

Mikhail Tukas said, ‘We have been instructed to test each bag. Suddenly I found the cat wrapped in a plastic bag. I have found various pets including turtles in the garbage before. In fact, such cruelty is never acceptable. They also have the right to survive. ‘

Immediately after the rescue, the local environment ministry took charge of the black and white cat. Honorary Deputy Minister title was given. In addition to accommodation, regular health check-ups and other facilities are provided.

“We took him to the ministry,” said Gulnara Rakhmatulina, Ulyanovsk’s environment minister. I have arranged a separate room. Giving him an honorable position is a kind of symbolic step. Requests to pet breeders, if you can’t keep them at home, at least make arrangements to send them to a good shelter. ‘

Interestingly, the ministry has also organized a national competition for naming the deputy minister’s cat, according to multiple media reports.