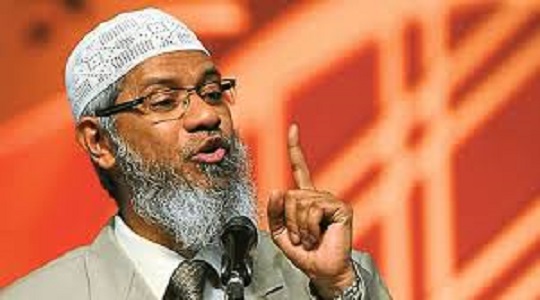 Painful punishment for insulting the Messenger of God: Zakir Naik
Zakir Naik warned French President Emmanuel Macron not to mention his name in the controversy surrounding the spread of Islamophobia or Islamophobia on social media.
He writes in a Facebook post that he quotes from the Qur’an that those who insult the Messenger of God, insult him, get a painful punishment.
The Islamic preacher warned of dire consequences for them. -BengaliApplive.com
France has recently become embroiled in controversy over the publication of a caricature of Islam’s greatest prophet, Hazrat Muhammad, by slitting the throat of a schoolteacher and the president’s comments in response.
Macron has become disgusted with the entire Muslim world by questioning and criticizing Islam in support of Muhammad’s right to publish cartoons. Muslim countries have called for a boycott of French goods.
In another Facebook post, the Indian preacher said that supporting an offensive statement was of no use as it strengthened freedom of expression.
Having a chance to hit means duty to hit, it doesn’t mean. A French school teacher named Michael Petty shows a caricature of Muhammad while teaching the class about the right to free speech.
A young man of Chechen descent cut his throat outside a school in a Paris suburb. Strongly condemning this, McCormack extremists accused the Islamists of wanting to end our future.
Zakir Naik, referring to verses from the Qur’an, wrote in a Facebook post that the Prophet of God will be severely punished for blasphemy. Indeed, those who blaspheme Allah and His Prophet, may Allah curse him in this life and in the Hereafter,
Arranged humiliating punishment for him. Earlier, in a Facebook post on August 28, he said that those who abused the Messenger of God should be severely punished.