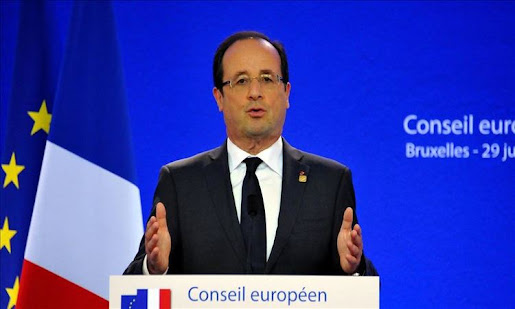 Reacting to the killing of three people in an attack on a church in the French city of Nice at the time, Hollande said Islamist terrorists wanted to start a war between religions.

There have been a number of attacks on French installations and individuals in France and outside France since last Thursday. Pointing to the attacks outside the French cities of Nice, Avignon and Leo and the French consulate in Riyadh, the former French president said he would not confuse Muslims with these terrorists. In doing so, we will make mistakes that will throw us into conflict, which we do not want.

On October 18, a young man killed teacher Samuel Patty on the streets of Paris by saying ‘Allahu Akbar’. Because, that teacher showed the cartoon of the Prophet in the class and explained the freedom of expression. Abdulakh, who attacked the teacher, was shot dead by police on the spot.

In the aftermath of the assassination, the French president said that the killing of that teacher, Samuel Patti, was because Islamists wanted to take away our future, but France would not stop printing cartoons. Islam as a religion is in crisis all over the world today. This incident caused a storm of anger in the Muslim world.

Protest rallies are being held in different countries of the world including Bangladesh. Even Muslim countries around the world have called for a boycott of French products. A young man who had migrated to France from Tunisia attacked a church in the city of Nice on Thursday, shortly after the incident.