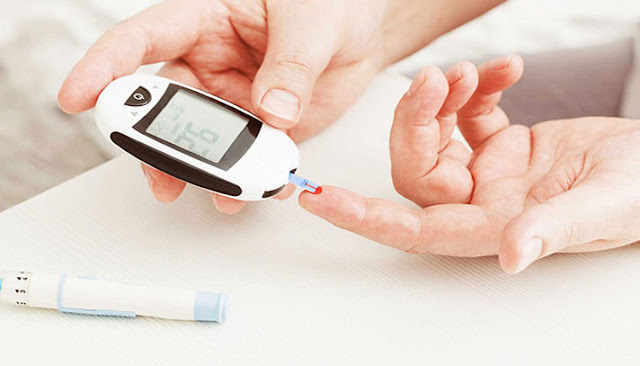 Diabetes is an epidemic. More than 1 crore people in Bangladesh are affected by diabetes. The number of people infected with this disease is constantly increasing. Particularly in Bangladesh, the incidence of type 2 diabetes has increased among young people compared to other countries. Public health experts are very concerned about the issue. They have suggested taking integrated measures to prevent diabetes.

It is important to formulate ‘Prevention Policy and Control for Diabetes’ to control the disease of those who have diabetes and to make those who have not yet diabetes aware of the disease. But there is no national policy to control and prevent the disease in the country. Although the policy has been heard for more than 14 years, it has not been done yet. It is the responsibility of the Ministry of Health and Family Welfare or the Ministry of Social Welfare to formulate the policy, the policy is still hanging in the balance.

World Diabetes Day is observed on November 14 every year to create public awareness about diabetes. Today is World Diabetes Day. This time the theme of the day is ‘Nurses can make a difference in diabetes-care’. Diabetes is a concern of every family. The day will be celebrated in about 180 countries of the world including Bangladesh. Bangladesh Diabetic Association has taken various programs on the occasion of the day. The program includes rallies, free diabetes tests for millions of people at various venues, seminars, essay competitions, and prize-giving ceremonies. President Abdul Hamid and Prime Minister Sheikh Hasina delivered speeches on the occasion of the day.

Bangabandhu Sheikh Mujib Medical University, Associate Professor of Endocrinology. Prince Selim is doing diabetes research. He told our time, there are no accurate statistics on diabetes patients. It is estimated that there are more than 1 crore diabetics in the country. Diabetes patients are more in urban areas than in rural areas. But now the gap between diabetic city and village is narrowing.

Dr. Prince Selim said that type-2 diabetic patients are more at risk for Bangladesh. Older people are more likely to develop type 2 diabetes. Some countries in the world say that type-2 diabetes is happening in their country after 40 years, in some countries it is happening after 45 years. But in our country, this disease is seen in younger people than in other countries. A study in India found that 18 percent of those under the age of 15 in that country. The situation in Bangladesh will be much the same. This is but a matter of extreme panic. If a 70-year-old man is diagnosed with diabetes, he can live a better life for another 10-15 years. If someone is caught at the age of 6, 10, or 12, a person of this age can’t survive 80-90 years. Food management and physical labor are very important for a diabetic patient, which cannot be done by such a young person. If it is not possible, diabetes cannot be controlled. This will damage the kidneys, damage the eyes, cause a heart attack, all the risks will come forward.

Dr. Prince Selim said that if a 40-year-old man is diagnosed with diabetes, he can control his diabetes, but he will live 10 years less than he is supposed to live, and if he cannot control it, he will live another 10 years less. Overall steps need to be taken for this. Where the education system has to be added, the food system has to be fixed, the system of physical labor has to be fixed. Besides, the social and family position must be fixed. This system has not been developed in our country.

Millions of people are suffering from diabetes in our country

Dr. Prince Selim said that the main cause of diabetes is sugary foods. Sugar is 70 to 80 percent of the food in our country. There is nothing to do here personally. Here the overall hand has to be given.

The National Institute of Population Research and Training (NIPORT) released the national level ‘Bangladesh Demographics and Health Survey 2016-17’ on diabetes and hypertension on January 25 this year at a hotel in the capital. According to the survey, 1 out of every 10 adults in the country suffers from diabetes. And one out of every 4 people suffers from high blood pressure. Two patients are more in urban areas and among high-income people. The number of men and women with diabetes is almost equal.

According to the survey, at present, there are 11 million people with diabetes in the country. This number is 26 lakh among 18-34-year-olds. And 64 lakh people aged 35 years and above. Blood sugar tests were performed on 8,998 women and 5,299 men to determine the status of diabetes.

According to the survey, about 80 percent of women and men do not know that they have diabetes. Only 13 percent of diabetic patients know about their condition. They are receiving regular treatment and their diabetes is under control. Diabetes is known and treated, but more than 22 percent of men and women do not have it under control.

However, the deteriorating situation has also come up in the survey. In 2011, 11 percent of women aged 35 and over had diabetes. Now that rate is 14 percent. Diabetes has similarly increased in men.

Preliminary results show that diabetes is on the rise among malnourished men and women. Again, the incidence of hypertension is higher in older people. Hypertension and diabetes are chronic diseases and require lifelong treatment.

On the other hand, it was informed at a function organized on the occasion of ‘Diabetes Awareness Day’ on February 26 last year at the auditorium of Bardem General Hospital in the capital. The number of diabetic patients is increasing in the country. 5 lakh new diabetic patients are being registered every year. About 50 percent of diabetics do not know they have diabetes.

The keynote address was delivered by Dr. Bardem General Hospital, Head Professor of the Department of Endocrinology and Diabetology. Send Farooq. He said the number of diabetic patients is increasing in Bangladesh. There are 83 lakh 50 thousand diabetic patients in Bangladesh. There are more than 4.5 million registered diabetic patients in the country. Fifty percent of diabetic patients do not know he has diabetes. Although there have been many improvements in the treatment of diabetes, it is not possible to provide proper medical care due to a lack of information. Because not everyone has the same type of diabetes. Not all patients are treated the same. Proper treatment of the disease requires knowledge of the patient. Registration is very important to make sure you know the patient’s information.

“Currently, there is a lot of awareness among people about diabetes,” he said. The number of patients in the diabetic centers of the association is increasing day by day. Under the supervision of the Diabetes Association, 5 lakh new patients are being registered in the diabetes centers every year. However, the registration process is going on in the old way.