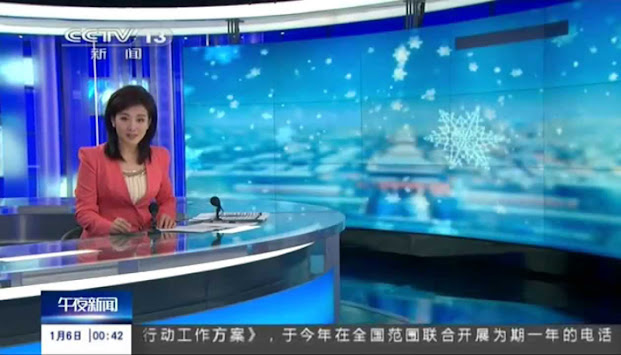 Insult to the Prophet (PBUH) on Chinese state TV

The same thing happened in China, a South Asian country, where the European country, France, was the subject of condemnation and anger around the world over the vibrancy of the Muslim community and the publication of satirical pictures of the last Prophet Muhammad (peace be upon him) and criticism of Islam. China’s state television has published a controversial hand-painted picture of the Prophet Muhammad.

That picture on Chinese television has gone viral on the internet. The Chinese Central Television Network (CCTV), controlled by the Chinese government, has been the subject of a storm of controversy on social media. Reports have been published in various international media.

In addition to CCTV, the film was also shown on a series of television broadcasts on the country’s other television carols, Zhengyuan. The video shows the Arab ambassador presenting a hand-painted portrait of the Prophet (peace be upon him) to the Chinese emperor.

Arsalan Hidayat, who works for the rights of China’s Uyghurs, has spoken out against such heinous acts. He made a post with the picture on his Twitter account.

In the post, Arsalan Hidayat writes: CCTV footage of the Tang Dynasty Arab ambassador’s visit to China was captured on CCTV.

The picture was shown on a Chinese television show and the Arab ambassador said, “This is the creator of our country, the Prophet Muhammad (peace be upon him).” And as soon as this incident became public, the whole Muslim world is now in question.

Despite such a big incident, the Chinese government has no qualms about it. No high-ranking government official even expressed regret. Despite the criticism of the incident on social media, no statement came in their favor.