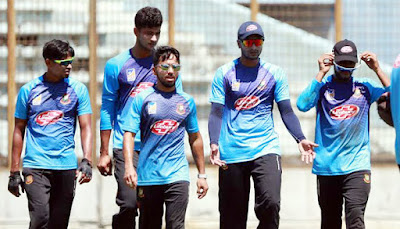 How much is Tiger getting paid for T20 Cup?
The short version of cricket means scattering of money. If you watch an IPL, you can guess how much money is being spent.
The Bangladesh Cricket Board (BCB) is walking that path desperate to bring back cricket in the Corona epidemic. The five-team Bangabandhu T20 tournament is coming up with local players. Unlike IPL or BPL, this tournament also has a lot of money.
Five teams will take part in the tournament. The teams are Fortune Barisal, Beximco Dhaka, Minister Group Rajshahi, Jamcon Khulna and Gazi Group Chittagong. Beximco and Jamcon own Dhaka Dynamites and Khulna Titans in BPL (Bangladesh Premier League) respectively. Gazi Group has teams in DPL – Gazi Group Cricketers.
For each team, the companies had to pay িব 235,000 to the BCB, which is about two crore rupees in Bengali.
A total of 160 cricketers have been shortlisted for the tournament. The draft will be on November 12. Each team will have 15 cricketers, 2 coaches, 1 trainer, 1 physio and 1 manager who will be part of the bio bubble.
Bangladesh’s foreign coaches Russell Domingo, Daniel Vettori, Otis Gibson and Ryan Cookra will be in charge of the teams. BCB will arrange bio bubble in a hotel in the capital.
There are four categories. Cricketers in this category will be paid 15 lakh rupees.
There will be a total of 20 cricketers in the ‘B’ category, who will be paid Rs 10 lakh. The 25 cricketers in the ‘C’ category will get Rs 6 lakh. The cricketers in the ‘D’ category will be arranged with high performance team where the remuneration will be Rs 4 lakh.
Shakib Al Hasan, Tamim Iqbal, Mushfiqur Rahim, Mahmudullah Riyad and Mustafizur Rahman can be in this category. It is unknown at this time what he will do after leaving the post. On the day of the draft, it will be understood who is in which category.
Fitness test will start from tomorrow at Sher-e-Bangla National Cricket Stadium in Mirpur ahead of the tournament. A total of 113 cricketers including Shakib Al Hasan will take part in it.
The cricketers will be eligible to get the team only after the fitness test. Mashrafe was supposed to be in the tournament even though he was not in the President’s Cup, but he is not sure yet in the tournament as he is not fit.
The tournament is scheduled to start on November 20 or 22. The BCB said it would broadcast live on TV.