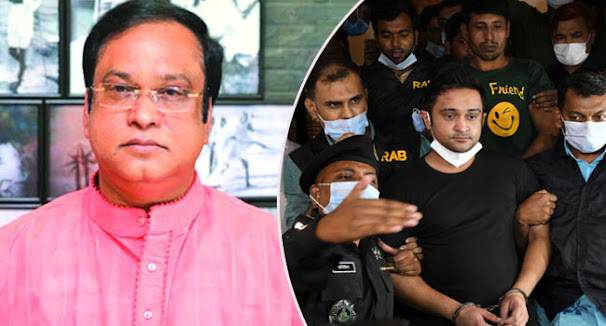 Haji Selim owns hundreds of people
The image of Haji Selim’s occupation so far is much more grim than that of the law enforcement agencies.
Hundreds of bighas of Haji Selim’s illegally occupied property are yet to be traced by the agencies. However, an ACC official said the investigation was ongoing.
An intelligence official said they were also looking for Haji Selim’s illegal assets. The victims complained that they had resorted to law after seizing their property; But nothing came close to the influence of Haji Selim.
Illegal and forcibly occupied properties have already been found – land for the disabled in Lalbagh, land in Jagannath University, Gulshan Ara City, land in Agrani Bank in Maulvi Bazar in Old Dhaka (which has already been recovered), land in Kamrangirchar Water Development Board, land in Chawkbazar. They want to build Sardar Cold Storage, occupy the market in the name of Nalgola Sardar Hardware in Chawkbazar, occupy Bashir Market in Chawkbazar, build Medina Ashik Tower, occupy the ship house in Chawkbazar,
Construction of Medina Group office by occupying land on Green Road, construction of multi-storied building by occupying land of Water Development Board in Beribadh area in Lalbagh and land of Kalu Nagar. Apart from this, there are allegations that he is in possession of property worth thousands of crores of rupees.
On Thursday afternoon, the local administration again carried out an eviction drive at the Tiger Cement Factory, a subsidiary of the Medina Group owned by Haji Selim, in the Islampur area of ​​Meghna Industrial City in Sonargaon, Narayanganj.
Sonargaon Upazila Nirbahi Officer Md. Atiqul Islam conducted a mobile court and recovered about 14 bighas of illegally occupied khas land. Later the administration released the possession and hung the government signboard. UNO Tiger removed a tinshed godown and a pile of stones from the occupied government khas land inside the cement factory.
Earlier on Sunday afternoon, AC Land Al Mamun conducted an eviction drive on behalf of the administration to recover government property occupied by the Tiger Cement Factory.
Due to lack of time and bulldozer malfunction that day, Tiger ended the operation without evicting all the illegally occupied installations inside the cement factory.
However, the upazila administration issued a three-day notice to vacate the illegal structures set up by the Tiger Cement Factory authorities on government property. The eviction drive was resumed on Thursday as the upazila administration did not relinquish its possession within the stipulated time.
It is learned that besides seizing government property, Haji Selim took possession of about five bighas of privately owned property of 10 people with the influence of the Member of Parliament. The victim handed over a memorandum to the Narayanganj deputy commissioner on Wednesday afternoon to recover the property. Apart from this, MP Haji Selim also occupied 12 percent of the land of Anand Shipyard Company, the most influential shipyard company in the country.
Victim Ali Islam, a resident of Islampur village, told reporters that Haji Selim used his influence to seize two bighas of his property. Haji Selim did not buy my land even though he visited the Tiger Cement factory owned by him more than once. I have also filed two cases against him.
Besides, Haji Selim occupied the land of 9 more people. Besides, the administration has recovered about three bighas of khas land in the possession of influential Kamal Hossain alias leader Kamal in Islampur area. Kamal Hossain’s illegally built market in Islampur Guchhgram area was ordered to be removed within the next one week. On that land also a signboard was hung on behalf of the deputy commissioner mentioning government property. At that time, the mobile court removed a signboard with the words of the temporary Awami League office.
Sonargaon Upazila Nirbahi Officer Md Atiqul Islam told reporters that the operation was resumed after the three-day deadline for releasing 14 bighas of government land had expired.
Some of the victims said they had resorted to the law after Haji Selim seized their property; But none of their complaints were made then. They are hoping that their property will be recovered from Haji Selim’s possession and they will be made aware. Meanwhile, Haji Selim’s mobile phone was called to inquire about the seizure, but he did not answer.