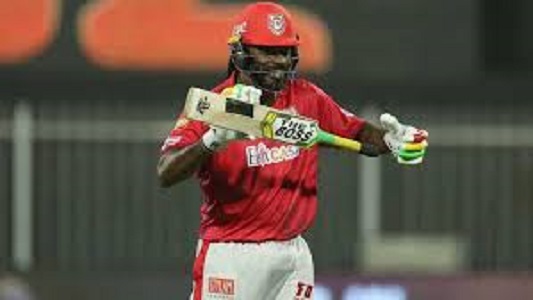 Gayle holds the world record of 1000 sixes
The number of runs scored by a batsman in T20 is 13,562. Almost half of the runs have been hit by sixes! Virender Sehwag therefore said on Twitter, ‘Bradman of T20.
Without a doubt (in T20) the best Chris Gayle of all time. The father of entertainment. ‘And tomorrow, the perfect yorker who made him emotional, Zafra Archer tweeted,’ He’s still the boss’ — the universal boss.
Honestly, in this version Gayle is without a doubt the ‘boss’. Against Rajasthan Royals, one more run was needed to get a century tomorrow. Gayle couldn’t hold himself back until Archer’s yorker broke the stumps in his defense.
Frustrated with not getting a century, he threw the bat towards the mid-wicket. He shook hands with Archer before leaving.
If Glenn Maxwell hadn’t picked up the bat from the side and held it in his hand, Gayle might have returned without the bat! It is true that he has broken the code of conduct of IPL but the spectators have enjoyed that incident on the field, as if something like that suits Gayle!
99 runs off 63 balls with 6 sixes and 6 fours. Gayle’s innate innings. The fun is elsewhere. Although a century in T20 is very much desired by everyone, it is not impossible for Gayle to feel like a dal-bhat.
22 centuries is what he says. There is no one close to him in the number of centuries. But even at the age of 41, Gayle still has an intense hunger, as evidenced by the fact that Gayle became so emotional after the call-out.
Yesterday’s match for the Kings XI batsman became a ‘special thing’ at one stage — he became the first batsman in the T20 to hit the milestone of hitting the 1,000th six. Think! Chris Gayle was the magnet part of the IPL yesterday by impressing Punjab with 6 wickets against Rajasthan – 61001 sixes!
A statistic will explain that there is no one else around Gayle who hit a six. Kieran Pollard’s second highest number of sixes is 690. The third highest is Brendon McCullum (485). The difference is obvious to the naked eye. Gayle himself is happy, ‘One thousand sixes — another record? Just want to say thank you. I would like to thank you for being able to hit well even at the age of 41. I am getting the result of hard work year after year. I’m still playing, I’m doing the same thing, thank you. ‘
Gayle hit his first six in the West Indies’ domestic Twenty20 in 2006. Batsmen usually have more fours than sixes. In Gayle’s case, the calculation is different. He loves to hit sixes more than four,
So only 40 sixes are behind the number four (1041). It is also fair to call Gayle a ‘T20 peddler’. On the contrary, it can be said that the peddler who hit sixes in T20 has hit the highest number of 349 sixes in the IPL, which is the highest number of sixes by a batsman in any T20 franchise league in the world. Gayle also holds the record for most sixes in the CPL (182), BPL (132) and T20 World Cup (60).
The bowlers have no protection if Gayle gets addicted to hitting sixes once in a T20 match. He has hit at least 10 sixes in 18 matches. No other batsman has done that more than three times.
Gayle has a maximum of 263 sixes for just one team (Royal Challengers Bangalore). Even the team they are playing now — Kings XI Punjab — has suffered the most. Gayle has hit a maximum of 61 sixes against a particular team, his current team is Punjab.