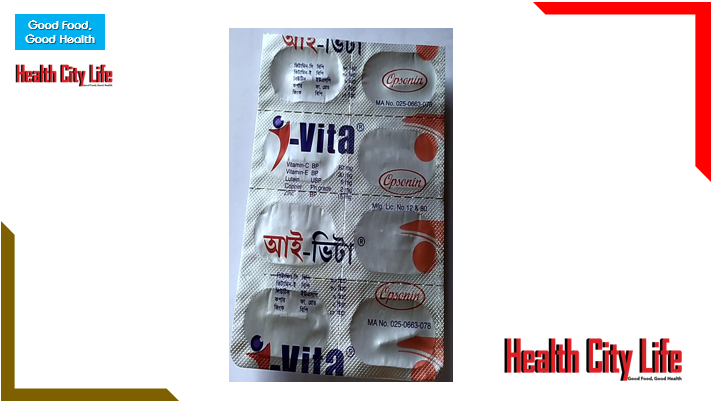 A capsule that is very familiar to all of us, especially those who have already gone to the doctor.

For those who have had their eyes raised before, the doctor suggested that their eyes be raised very quickly,

This preparation is indicated for Age-related Eye Disease. This is an advanced new antioxidant supplement formulated to provide nutritional support for the eye. The formulation contains essential antioxidant vitamins, minerals, and Lutein.

Vitamin C is highly concentrated in the lens compared to blood. A long term Vitamin C supplement use (10+ years) has been associated with reduced risk of cataract. Vitamin C has an important role in harmful free radicals scavenging activity.

In study, it is found that high serum Vitamin E concentrations have been associated with reduced risk of cataract (exact mechanism of action is not still established). As an antioxidant vitamin, it also plays an important role in harmful free radicals scavenging activity.

Lutein is a carotenoid, specially concentrated in the macula. Clinical and animaldata indicates that this caretenoid could protect the macula from oxidative or light damage.

Although exact mechanism of action is not clear but onelarge study has found that high levels of dietary Lutein is associated with relatively lower risk of AMD (Age-Related Macular Degeneration). Zinc is an essential trace element involved in many enzymes system.

Copper plays important role in growth, skeletal integrity, and development of nervous system. As a part of various enzymes, it takes part in numerous metabolic conversions.

One capsule, one or two times daily or as directed by the physician

No drug interaction has been reported.

It is contraindicated in persons with a history of hypersensitivity to any of its ingredients.

Vitamin C should be given with care to patients with hyperoxaluria. In patients taking oral anticoagulants or oestrogen, Vitamin E should be given carefully because it has been found to antagonise the effects of vitamin K leading to an increase in blood clotting time in these patient

Store in a dry place below 25° C. Protect from light.