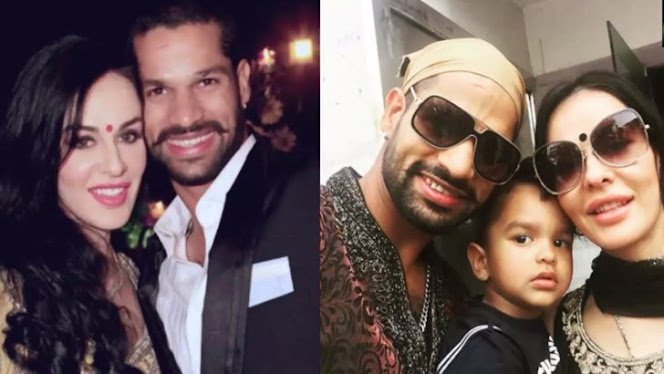 Shikhar Dhawan, one of India’s best openers, is in great form. He has scored a century in two consecutive matches in the ongoing IPL.

Which is a unique record as the first batsman in the history of IPL. Dhawan has scored 481 runs in 12 matches, which is the second highest in the tournament so far.

The Indian media Anandabazar has published a report on the incident of Shikhar Dhawan’s love and marriage during such a flying time.

The report says that the personal life story of this left-handed opener is as interesting and challenging as his batting.

Born in India, Ayesha’s father is of British descent. His mother is Indian. However, Ayesha grew up in Australia with her parents.

Ayesha was divorced. She was married to an Australian businessman. Ayesha also has two children named Riya and Alia in that house. However, that family did not survive.

After the separation, Ayesha started living separately with her two children. Ayesha is 10 years older than Dhawan.

Even then, Shikhar was ready to make Ayesha his life partner. However, Shikhar’s parents were reluctant to accept the divorced woman as the wife of the house. Moreover, Ayesha was 10 years older than Dhawan.

However, after overcoming hundreds of obstacles, Dhawan brought Ayesha home after adjusting the family. They got engaged in 2009. Dhawan married Ayesha in 2012. The best stars of the Indian national team, including Virat Kohli, were present at the wedding.