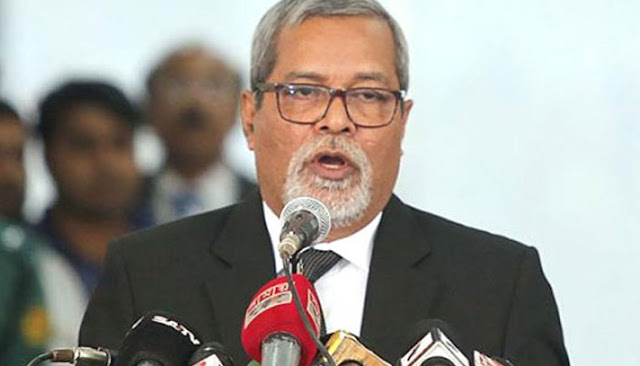 CEC: We in America have to learn to count votes
Chief Election Commissioner (CEC) KM Nurul Huda has said that America has a lot to learn from us about elections. He said it took them five days to count the votes.
We finished in 3-4 minutes. The CEC said this after casting its vote at the IES School Center in Uttara on Thursday. He also said that the vote in the by-elections of Dhaka-17 and Sirajganj-1 constituencies is going well.
The CEC said, ‘Elections are held in America, elections are held in different countries of the world. We have a lot to learn from those choices. We are constantly learning new things.
But we need to learn from America. Because we can count the votes in four-five minutes by voting in EVM (Electronic Voting Machine). But America cannot do that. They need to learn from us. “
The seat was declared vacant on July 9 after the death of MP Sahara Khatun.
The Election Commission (EC) then announced the schedule for the by-elections on September 28.
In this by-election, Habib Hasan is contesting with the nomination of Awami League and SM Jahangir with the nomination of BNP.
BNP candidate SM Jahangir Hossain complained that the Awami League people were beating our polling agents out of the center.
Voters are showing fear. And the police is cooperating in these works. He said this after voting at Maleka Banu High School at 9.30 am.