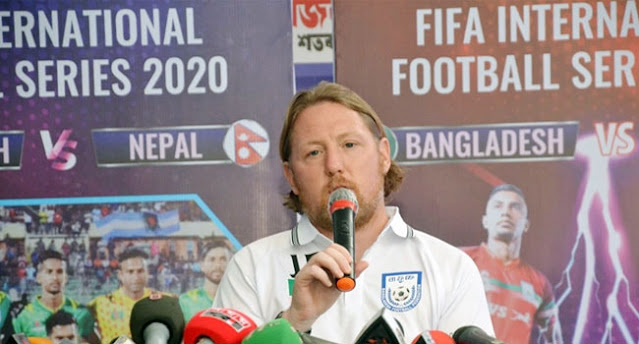 Jamie Day, the head coach of the Bangladesh national football team, has been attacked by Corona. Confirmed by Bangladesh Football Federation (BFF). On Saturday (November 14) he came positive after the corona test. However, the 41-year-old coach has no symptoms so far. He is in isolation in the hotel.

Bangladesh team manager Amer Khan said, “Der Corona has come out positive. This is why morning practice has been canceled. He also said that the body was feeling a little bad. Now the day is different from everyone else. We will check his corona again. ‘

Bangladesh is playing a FIFA friendly match series against Nepal. Bangladesh won the first match 2-0 at Bangabandhu National Stadium last Friday. After such a victory, bad news came for the Bangladesh team.

The second match will be held on November 18 at the same venue. He will be replaced by assistant coach Stuart Watkins.