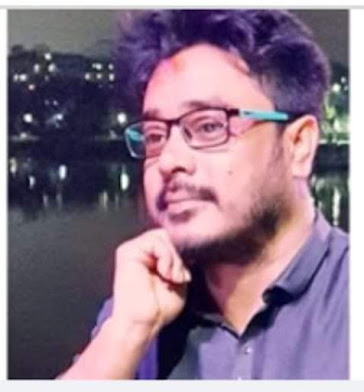 Bangabandhu and freedom of liberation

Today Bangladesh has become independent in exchange of a lot of blood. The legal legitimacy of Bangabandhu’s rule is very important for the longevity of the liberation war. When the war of liberation was officially declared on March 26, 1971, the tide of the independence movement that came under Bangabandhu’s direction was spontaneous and he gained the right to speak for Bangladesh with huge public support. Such support may not have come from people like Gandhi or Nehru or Mao or Ho Chi Minh or Ben Bella or Nakruma,

Nair or Mandela. They all got full electoral legitimacy after independence. In the eyes of the whole world, Bangabandhu started exercising his responsibilities or power at the time when he declared the independence of Bangladesh).

It was for this universally recognized power that Bengali judges, bureaucrats and diplomats all supported Bangabandhu. Even the Bengalis enlisted in the Pakistan Army did not hesitate to break their oath of office and join the war of liberation. Remember, some Vietnamese fought on behalf of the French who suppressed their liberation movement. From the beginning, the British used police and local forces to suppress the freedom struggle within their empire. Bangladesh was the only exception.

Where these servants of the colonial regime denied the authority of the ruler and supported a rebel side. Because, they gave the leader of this party the power to speak on behalf of all the people.

After March 1971, when the people of Bangladesh came to the world with their message, their support for sovereignty did not gain much momentum, even though the government was less interested in supporting Bangladesh’s sovereignty at that time. Bangladesh’s war of liberation against Pakistani military aggression and genocide gained the support and popularity of most countries in the world at that time. Many countries today believe that Yahya, the two heroes of the genocide at the time, and Tikka Khan, the military commander, should be tried as war criminals in light of their barbaric behavior.

In 1971, the support of the people of all the countries that had never heard of Bangladesh became urgent for Bangladesh. The whole world has noticed the horrific atrocities that were inflicted on the common people of Bangladesh. So it did not take long for Bangabandhu to be recognized as the leader of Bangladesh and Bangladesh as an independent state. Whatever may be said about the role of Bangabandhu and the Awami League after 1971, all Bangladeshis must at least acknowledge that if Bangabandhu had not been able to awaken national consciousness and self-awareness in the people of this country (especially before the Liberation War) and their democratic rights If he had not raised the issue before the world, our liberation war would have been a more delayed and protracted process. We fight for the people of the country and today we see the red-green flag of independent Bangladesh. We are rich and we are very happy our independent Bangladesh Getting.